For the past 6 years, the Apple Mac Mini has been one of the most popular hardware platforms for Virtualizing MacOS running on VMware vSphere enabling our customers to develop and build iOS and MacOS applications. With that said, VMware has historically only supported two Apple hardware platforms: Xserve (now EOL’d) and the Mac Pro (6,1) which is officially listed on VMware’s Hardware Compatibility list and this has been officially supported by VMware since 2012 when we first introduced support for MacOS Virtualization with the vSphere 5.0 release.

As many of you know, I have been a huge advocate of this platform for a number of years now and I have been working with various Engineers over the years to ensure that we have the exact same user experience when working with ESXi on the Mac Mini as you do with the Mac Pro. I still recall in the early days where it took several “hacks” to get ESXi to successfully boot and install.

VMware vSphere Hypervisor from VMware is a bare-metal, free hypervisor. It enables users to virtualize consolidate applications and servers. This hypervisor has been there since 2008. At that time, this hypervisor was known as Free ESXi 3.5. I know several of you have reached out asking about the support for ESXi 6.5 on the Apple Mac Pro 6,1 but as of right now, the Mac Pro 6,1 is currently not supported with ESXi 6.5. I know this is not ideal especially for customers who wish to take advantage of the latest vSphere release. Recently, I had some spare hardware and wanted to give VMware vSphere Hypervisor (formerly known as VMware ESXi) a spin, based on a good friend's recommendation. VSphere Hypervisor (we'll call it. VSphere Hypervisor is a bare-metal hypervisor that virtualizes servers; allowing you to consolidate your applications while saving time and money managing your IT infrastructure. Our free vSphere Hypervisor is built on the world’s smallest and most robust architecture: VMware vSphere ESXi, which sets the industry standard for reliability, performance, and support.

Today, ESXi installs on the Mac Mini just like any other x86 platform. It runs amazing well for our customers, especially for a consumer device, who have deployed them in their data centers ranging from a couple hundred to several thousands for some of our larger Enterprise customers, one such example is MacStadium, the largest Apple Infrastructure-as-a-service provider which many of the Fortune 100/500 companies are leveraging to provide them with a platform to build and develop for the Apple eco-system.

However, one request that we frequently hear from our customers is when can VMware officially support the Mac Mini and have it listed on the HCL? Today, I am happy to announce that the Apple Mac Mini 6,2 (Late 2012) and the Apple Mac Mini 7,1 (Late 2014) is now officially supported by VMware and has been listed on the VMware HCL for latest release of ESXi 6.7 Update 2! One important thing to note is that the Apple Mac Mini is not an Enterprise-class hardware platform and as such, the hardware may be less reliable than what you are normally used to. To ensure customers have the best possible support experience, VMware has published KB71142 which customers should review prior to calling VMware Support.

I hope this welcome news clearly demonstrates VMware’s continued commitment and support to all of our existing and future customers who have a need to virtualize Apple MacOS and vSphere is definitely the platform to run this and any other workload on!

Note: I know many of you have been anxiously waiting for ESXi to be fully functional on the latest Apple Mac Mini (2018), unfortunately I do not have any news to share with you on that front. Without help from Apple, we are still challenged with Apple’s new T2 chip, which prevents us from accessing the underlying NVMe device, the SMC to enable MacOS Guest to boot along with other I/O devices such as the Thunderbolt 3 ports which also prevents access to external storage.

I find my MacBook Pro mid-2009 quite slow when rendering my personal H.264. I would like to see if the Sandy Bridge Core i5 2500T in my hypervisor does a better job. So I installed Mac OS X Lion as a virtual machine on my ESXi v5.

I’m not sure about licensing… Purchasing Lion for App Store for your Mac, you seem to have the right to install it on every Mac you own… My Hypervisor is not a Mac… But I bought Lion… Anyway, here’s a simple way to install Mac OS X Lion in ESXi 5.

By default, there is a Mac OS X template in ESXi wizard. But it won’t boot.

So grab the ESXi 5 Mac OS X Unlocker archive. Transfer the esxi directory to the ESXi, run the script and reboot: 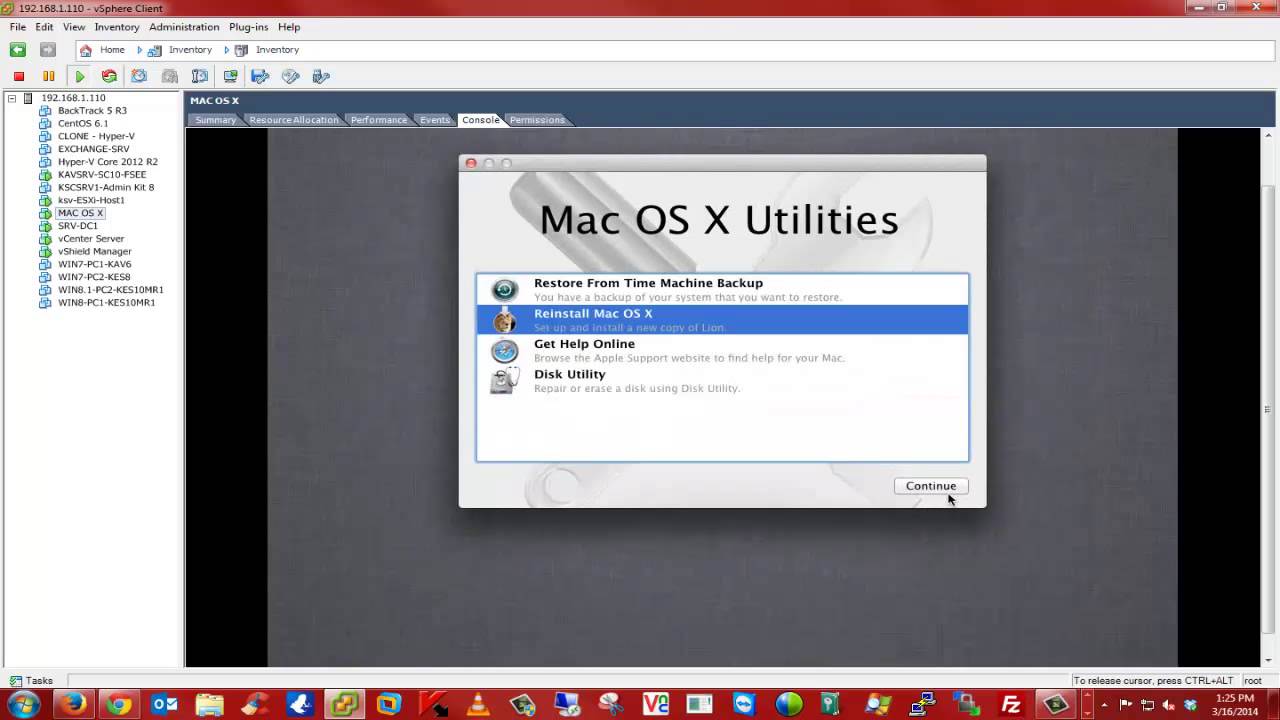 Wait for the ESXi to reboot and connect the vSphere client to create the virtual machine. From the “Create New Virtual Machine” wizard, select “Custom” configuration. Fill-in the VM name, destination storage and Virtual Machine Version (I used v8). As the “Guest Operating System”, select “Apple Mac OS X 10.7 (64-bit)” from the “Other” section. Follow the wizard until the VM is created. Attach the installation image in DMG format and start the installation.

Once done, install the VMware Tools.

Activate remote connexion using the “System Preferences”. Click the “Sharing” icon in the “Internet & Wireless” section. In the “Service” section, click the “Remote Management” item. Select the permissions for remote users ; mine can do everything. Then, connect to the Mac using the reference in your finder. From there, play with it as usual! 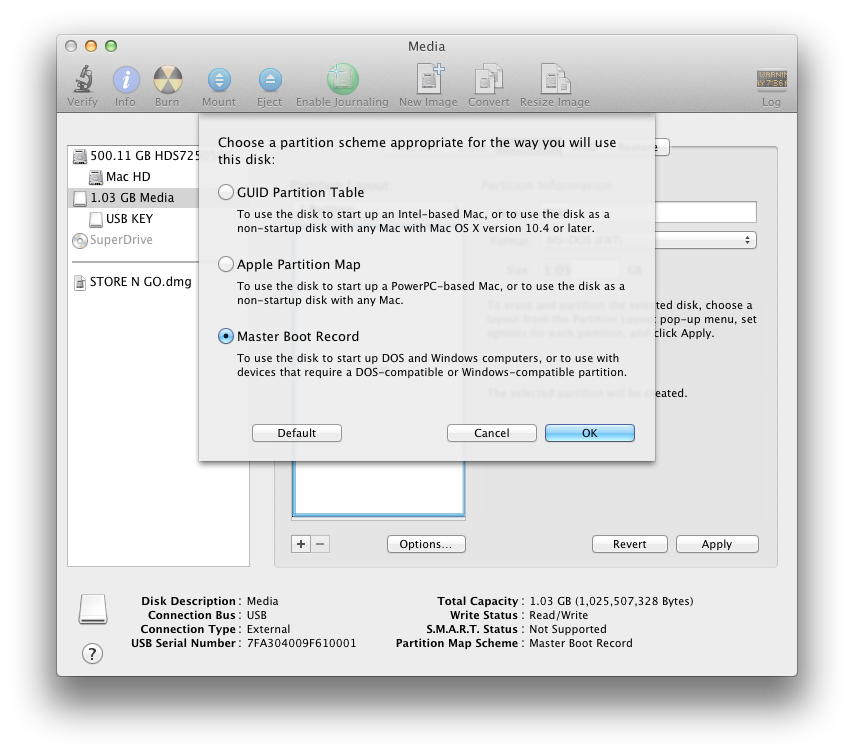 Regarding performance, the virtual machine behaves quite normally (in remote connexion ; the VMware console lags a lot). Only running GeekBench on it indicates that I don’t really benefit of the CPU upgrade: 3584 for the MacBook Pro vs 4229 for the virtual machine.