Horror is a tough genre to tackle for games, because there’s a fine line between being genuinely scary, and being exhausting. A game that has a tense atmosphere and strong story can get away with jump scare if they’re timed correctly. On the other hand, a different type of horror game can become tedious and annoying if it’s always trying to scare you.

The Coma: Recut tries attempts to balance on this line. As a remaster of a cult classic Korean horror title, it has a pedigree that certainly makes it interesting. Now that PS4 players can experience this horror title, it’s time to find out if this one is going to keep you on the edge of your seat or put you into a coma instead.

A Dark and Twisted Version of Reality

In The Coma: Recut, you play as a young student named Youngho. He’s heading to school for his last day of finals. The pressure is on, and as he arrives to find that one student has already been taken away in an ambulance. When you get to class, we’re introduced to Ms. Song, his teacher.

The Coma: Recut. All Discussions Screenshots Artwork Broadcasts Videos News Guides Reviews. 2 in Group Chat. You are Youngho, a Korean high school student trapped and relentlessly pursued by a psychotic killer in the hellish corridors of Sehwa High. The Coma: Recut – Extracurricular Horror October 27, 2020 Pete Davison 3 Comments Good horror, as we’ve previously talked about on The MoeGamer Podcast, is about more than just spooky scary skeletons and gallons of gore. And good modern horror games tend to be a natural evolution of the narrative-centric adventure game genre.

He has a big crush on her, but soon he falls asleep in class and wakes up to find himself in a dark and twisted version of the school. What’s worse is that Ms. Song wants to kill him. She appears pretty suddenly when the game begins, brandishing a knife, a blood-stained face, and a psychotic grin.

For the rest of the roughly four-hour experience, Youngho is hunted and stalked through the halls of the school. The bulk of the story will come to you via notes that you pick up and read. There are some cut scenes, but they are few and far between.

With several different endings, The Coma: Recut does offer a pretty compelling story. It’s not ideal that most of it is hidden away in notes and text that you have to read in the game’s menu, but it’s an interesting tale nonetheless.

The mystery behind Youngho’s situation is strong enough to pull you in during the early hours of the game. It would have been nice to see more story in the moment-to-moment gameplay, but the notes and written entries helped flesh out the world.

Erratic Gameplay That Leans Too Heavily on Jump Scares

Survival horror depends on a lot of atmosphere and tension. The best games in the genre use this to great effect by building tension and reminding you of your fragility by sending enemies at you. Of course, there’s always the possibility that you have too much of a good thing.

There’s a thick atmosphere that surrounds Youngho as he explores the school. The darkened classrooms and strange growths on the floor and walls do a lot to make the environments feel foreign and strange.

The gameplay itself is pretty simple to grasp and understand. You can walk or run through the various areas using your flashlight or moving by the small space of vision around you. You can expend stamina when running, or use it to crouch and hide when you don’t have a hiding place to jump into.

Finally, a dodge roll can be used to escape the clutches of an enemy. The simple controls and concepts make it easy to get into the game quickly, but there were a couple problems I noticed early on that never really went away for me.

For starters, enemies appear far too often. Knowing that you’re being stalked by an unkillable enemy is a powerful tool, but if you bring them out every couple minutes, they soon become less of a threat and more of an annoyance.

In my opinion, there needs to be space between the encounters to sufficiently build up tension and make those moments unexpected. I found myself rolling my eyes because I could almost predict when enemies would appear and force me to run and hide, which put more space between me and my objective.

While the balance between tension and scares was off, the thing that really made the game frustrating for me, was a perceived delay between me pressing buttons and the character taking action. When I was on the run from an enemy, there was a perceptible delay between when I hit the “X” button, and when he got into a locker or a hiding spot.

The delay was so noticeable, that often times I would get killed because I pressed the button twice, thinking that it didn’t read correctly the first time. The same went for the game’s dodge mechanic, which also seemed like it had a slight delay. 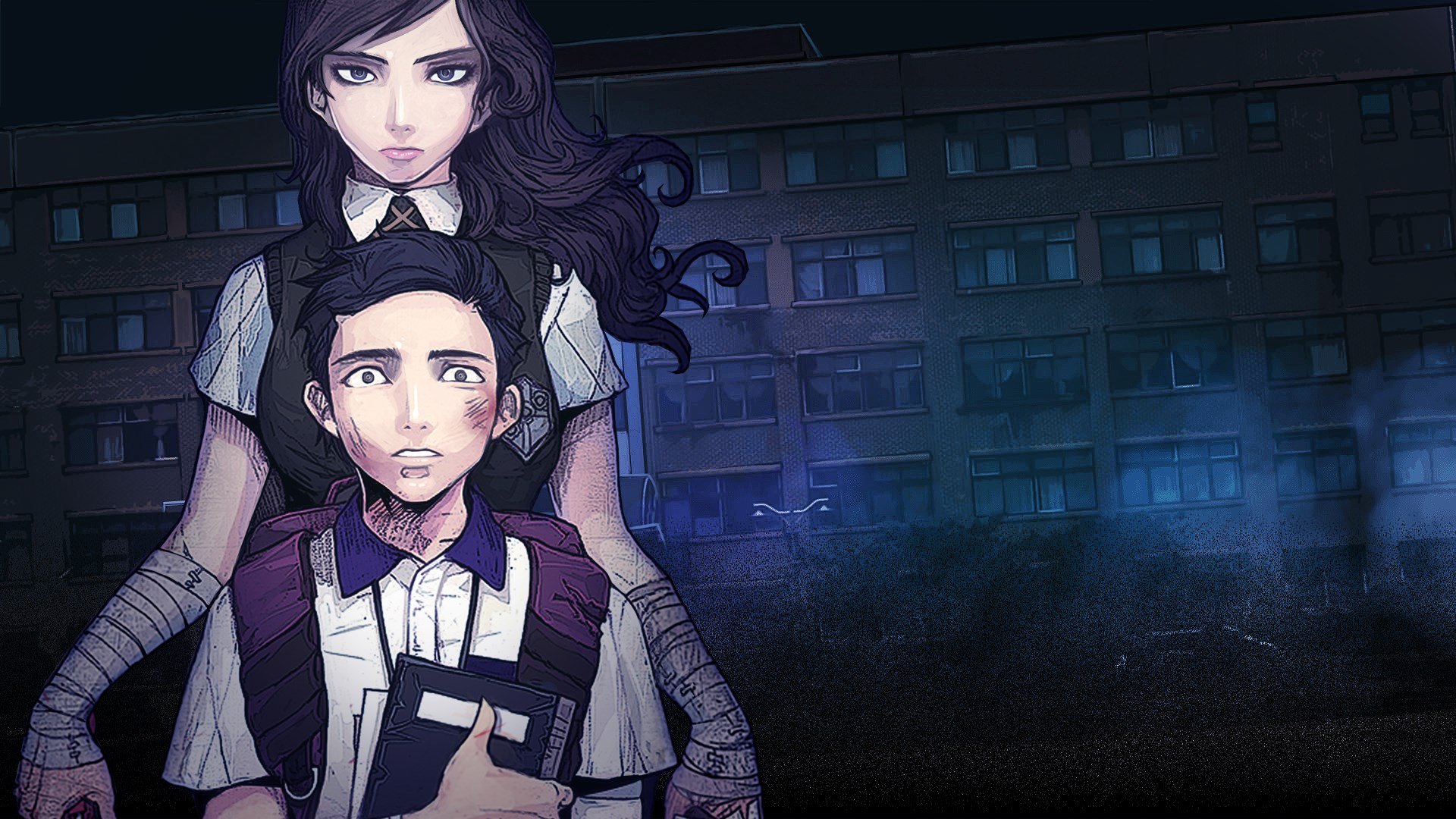 The crouching mechanic that is also meant to hide you never seemed to work for me either. I found myself dying a lot, and it made progressions frustrating when I felt like I could go more than two or three rooms before I was ambushed again.

Using coins that you find, you can purchase items to recover health, stamina, or antidotes to stop poison that you’ll come across during your adventure. Your actual objectives are displayed well on the game’s map, but your mission never really changes from “go here and do this.”

Were it not for the obsessive nature of the game’s enemies and jump scares or the unresponsive controls, I would be easily able to recommend The Coma: Recut. The gameplay may be simple, but had it been tweaked and polished to be more responsive it would have been a really solid horror game.

The Coma: Recut uses a striking 2D art style that gives the game a unique visual flair. Characters and objects have sharp edges that make them stand out from the rest of the environments.

The crippling darkness around you makes it difficult to navigate without your flashlight, knowing full well that it could make it harder to escape. There’s a good mixture of intense music and terrifying animation when enemies appear. If the rhythm of the enemy appearances had more spaced out, these tense moments could have had time to shine, instead of being overwhelming and exhausting. 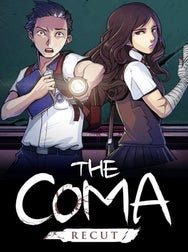 The Coma: Recut has all the trimmings of a great horror game, but it falls short in some key areas that hold it back from being a wholly enjoyable experience. As it stands, the game’s world and story are interesting, but the gameplay itself tries too hard to be scary and ends up being more annoying and exhausting than tense or exhilarating.

In the end, The Coma: Recut is an interesting horror game, but it makes a few too many mistakes along the way to be a truly masterful horror experience.

A copy of The Coma: Recut was provided to PS4 Experts for review purposes

Evade a relentless killer and survive long enough to uncover the mysteries of this Korean survival-horror cult classic. In this creepy Korean survival-horror you take the role of Youngho, a hapless student who finds himself trapped in the nightmarish halls of his high school. After drifting asleep during his final exam he awakes in the school at night. The only problem is...he’s not alone. Relentlessly pursued by a psychotic killer, he must now muster the courage to solve the mystery of why he is here and how to escape.