The year-long celebration of all things Bouncing Souls continues with 20th Anniversary Series: Volume Two. Collected are three more songs from the band's ongoing song-a-month digital download project, as well a bonus track, an acoustic demo of Volume One's 'Gasoline.' Generally speaking, it's the same setup as Volume One: Two fist-pumping punk anthems on the A-side, with a mid-tempo game-changer followed by an acoustic number on the flipside. The diversity is in the details.
'Dub Says True' and 'I Think That the World' are Gold Record-style winners. 'Dub Says True' is a testament to friendship, but for it me it doubles as a song about my love of the Souls. It's all there in the chorus -- 'You say we have been there for you / In all the tough times of your life / Remember you have been there too,' says Attonito before the whole band shouts, 'We always will be true.' For the last eight years of my life, the Souls have filled my days with life-affirming joy. And no matter how emo I felt or how many Dashboard Confessional / Smiths / Bright Eyes smoothies I concocted, they pulled me back up.
Oh yeah, and 'I Think That the World' is a cute little love song.
The B-side starts off happy with the easy/breezy/harmonica-laden 'The Mental Bits.' It's more laid-back than some punkers might appreciate, but it's still a fun song. Bonus cut 'Gasoline,' in sharp contrast, is not so fun. It's depressing, and having to move my record needle over the locked groove to get to it gets annoying after a while. To be honest, this demo feels a little like a cop-out, given that Volume One offered 'A Life Less Ordinary,' an actual new track. That said, the demo brings the band's lyrics into focus. Without a punk tempo to liven things up, Attonito's nihilistic disdain for the world and himself fully comes through. It's a major downer after all the peace, love and harmony from the first three songs, but it's also a reminder that the Souls know how to get dark.
'Gasoline' aside, Volume Two is a solid summer seven-inch, delivering songs about love, friendship and good times. I'm not sure yet where it ranks in terms of the overall series. Volume One is a hair stronger, while Volume Three promises a ukulele version of 'Quick Chek Girl,' which I'm pretty sure has to be awesome times a thousand, but Souls fans should be downright satisfied with the latest addition to the band's discography.

This is the second part to the official soundtrack to the most popular video game in recent history. Critics like to compare the style of my album to Erik Satie, Roedelius, and Brian Eno. Aphex Twin also once said I stole his style.

Free ringtones for your mobile phones. High quality, fast and easy, free download, huge selection and free downloads. FreeTone.org - 2020. The Long Dark - Bright lights flare across the night sky. The wind rages outside the thin walls of your wooden cabin. A wolf howls in the distance. You look at the meager supplies in your pack, and wish for the days before the power mysteriously went out. How much longer will you survive?Welcome to THE LONG DARK, the innovative exploration-survival experience Wired magazine calls "the. 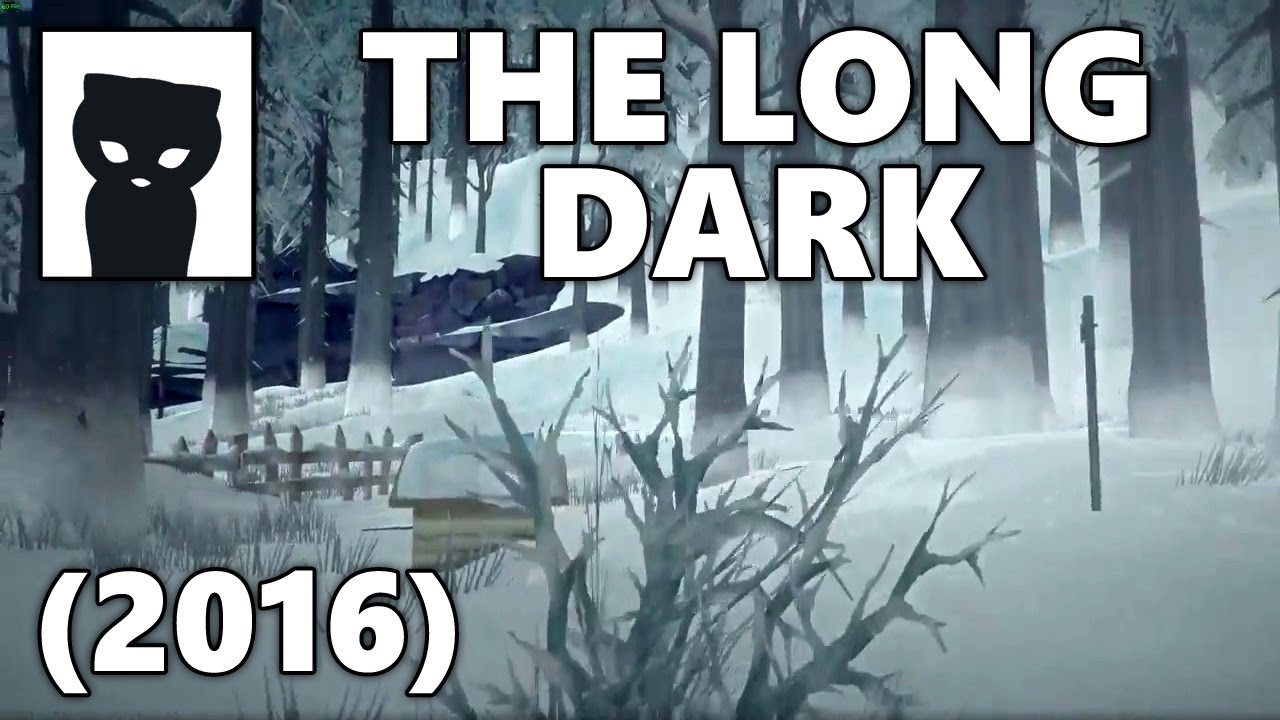 The big difference of Volume Beta is that the tone is both more positive and at times very dark. Some of the songs even have percussion, which is something that was a complete rarity with Volume Alpha. For example “Taswell” or “Aria Math”.

A bunch of the songs are VERY long.

“Alpha”, being 10 minutes, while “The End” clocks in at 15 minutes. And a lot of the “creative mode” songs are at least around 8 minutes in length.

Additionally, this soundtrack contains the collectible records, which are little vinyl songs you can find in Minecraft, the game. With the exception of Cat. That song you can find on the previous soundtrack, Volume Alpha.

“Ki,” like “Key,” on the previous album is an introduction to the album. But this time it’s not quiet, somber and welcoming, but dark and foreboding.

“Alpha” is a medley of past songs. It acts as the score that plays when you “beat” Minecraft, but it also acts as a celebration of past music from Volume Alpha.

“Blind Spots” is the first song I wrote with the clear intention of having a unique soundtrack for Minecraft’s “creative mode”. I tried to create a piece that doesn’t particularly change much, but keeps reiterating on itself, like a constant remixing of its core theme. As the piece ends, it becomes very melancholic and solemn, but quickly returns to being positive. Things end, but that’s not bad.

“Moog City 2” is a recreation of “Moog City” from Minecraft Alpha. However this time I actually did use Moog synthesisers, along a lot of other synths that I acquired over the course of making this album.

“Biome Fest” is a song that I created when Minecraft Alpha was done, but I felt it had no place anywhere in the game, until the creative mode was sort of reintroduced to the game. It’s one of my favourite songs I’ve ever created. I do love minimalism and achieving tones with just very few notes, and I think this song does that extremely well. “Haunt Muskie”, if I remember correctly, an anagram for Hatsune Miku. Not entirely sure why anymore, but there you go. This song is very nostalgic for me, and I didn’t expect anyone to like it but just me. It turns out it is a little bit popular though. There was this fairly old video game I used to like. Some game where you solve puzzles of broken rollercoasters you have to fix. The music wasn’t particularly good, but the emotion it carried was something I always remembered. “Haunt Muskie” is what I remember that music to be.

“Warmth” plays in the game’s hell. Or as it is called in Minecraft, “Nether”. This song tries to play with the idea that even hell isn’t all bad, and there’s good things to be found. But it’s still a very harsh environment. 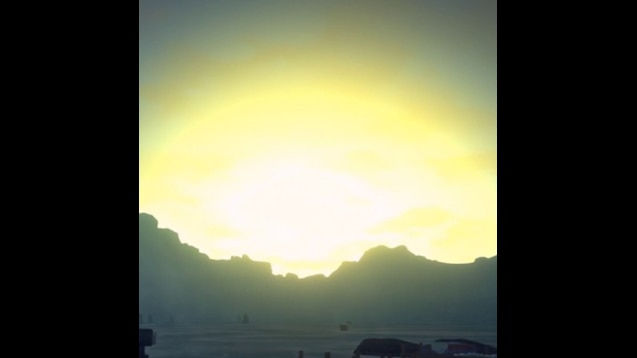 “Aria Math” is a song full of Pan Drums and old synthesisers rhythmically dancing to ping pong delays. It’s also one of the creative mode songs. I wrote it with the beauty of the more extreme creations in Minecraft. Gigantic statues, entire cities, paintings, people, all recreated in this game. It’s awe inspiring, and that’s what I wanted to kind of symbolise. Not sure if I succeeded?

“Taswell” is a farewell to a friend I only met for a little bit, but they passed away faster than anyone could have imagined. It was shocking, but I didn’t want to remember them for their death, but the happiness they showed every day of their life.

“Beginning 2” is just like “Beginning” on Alpha, perhaps the end to the album, or just the beginning. This album is now in the progress of changing tone rapidly, but not before going to “The End.”

“Dreiton” is a remembrance of the times when I wrote albums like Zweitonegoismus. When I was still scared to embrace minimalism and simplicity in music. When I was still keen on making my music as crazy and varied as possible. Turns out there was no reason to have such a fear. And with “Dreiton”, the are essentially only two sections on a song that clocks in at over 8 minutes. I hope I accomplished to have repetition that nonetheless isn’t boring in any way. Like all the other “creative mode” songs, this one is also about the awe of the creativity to be found in Minecraft. At minute 7, the song abruptly builds up to nothing and fades away. Sometimes creativity doesn’t need to have a reason. Sometimes you just build.

“The End” is a 15 minute piece for the namesake in Minecraft, a place called “The End”, a dark and sinister place full of creepy things called Endermen. Oh, and there’s a dragon. Since The End is also the final stage the player has to go to to “beat” the game, this piece contains a lot of references to past songs. If you listen closely, you can essentially hear most of Volume Alpha embedded within. After building up the drone, the song breaks, as if some sort of audio device couldn’t handle it anymore. Lastly you hear someone fixing it, and it starts from the beginning. At least in the game. On the album we then go to…

“Chirp”, which is where we switch to the records you can find in Minecraft as collectibles. Until we get to…

“Intro,” an improv piece to say goodbye. Or hello?

I released this album in late 2013 when I was about to be doing a gig in Mexico. Every time I think about this album, I get nostalgic about Mexico and how wildly different it is from the life I know from Germany or Canada. Though now that I think about it, I feel like Volume Alpha might be a love record to Europe, while Beta is dedicated to America and Asia. This might sound like gibberish to you, but to me it’s kind of a personal internalized opinion.

If you want to give it a listen, I embedded a little player on this page, for your convenience.