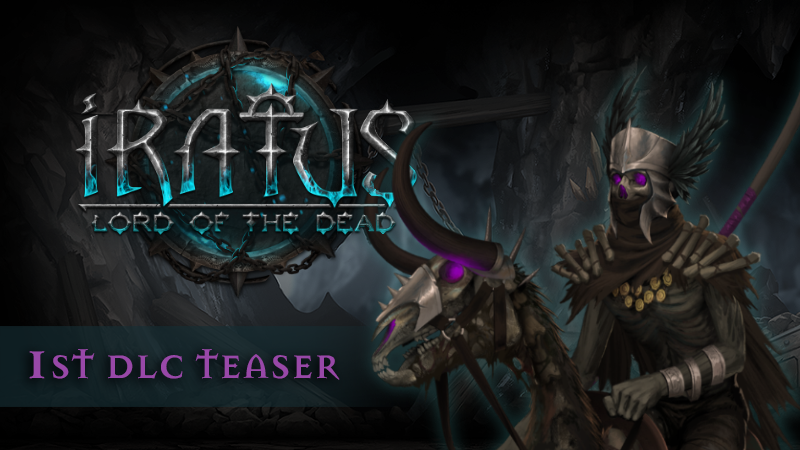 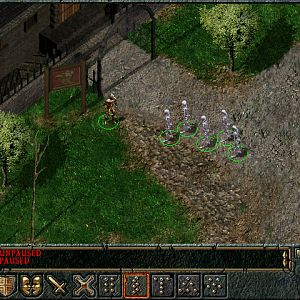 Iratus rises from the dead and rebuilds his undead army of monsters from the remains of his enemies. The necromancer and his mouldy minions have hundreds of different skills you must develop and combine effectively in order to fight your way out of your crypt and get your revenge on the good guys. Iratus: Necromancer Edition. Bundle Information Type. 34,85 € (8,71 € per item) Discount. 10% Purchase Together Packages. Packages Apps Packages. ID Type Name Price; 246051 Game Iratus: Lord of the Dead 16,19 €.

Evil Returns, and Its Name is Iratus.
An inversion to the classic heroic tale, Iratus: Lord of the Dead lets players use fallen foes to create fearsome monsters for their personal army. With a heavy focus on strategic combat, Iratus is a complex and rewarding experience for those with dubious ethics and a love of dark fantasy. Brought to you by Unfrozen Studios, a newly formed studio of industry veterans who worked on the games such as the Disciples franchise.
As the eponymous necromancer, Iratus has players take the rein of a reviled mage returning from the void of death. After years of the tedium that comes being dead, Iratus returns to restart his quest of world domination. With bundles of bones, souls and squishy bits, Iratus brings back his army the only way he knows how...
●
Develop and improve your belowground lair with necromantic powers.
●
Craft undead minions with the body parts of dead enemies.
●
Advanced fighting system: Know your enemies’ strong points and weak spots to achieve victory.
●
Turn-based battle system with upward of 50 original minion’s talents.
●
Intelligent enemy AI, challenging even experienced RPG-strategists.
●
Three types of necromancer talents for gameplay: alchemy, magic talents, or tactical skills.
●
Irreversible consequences. Classic roguelike features including character permadeath.
●
Detailed stylized 2D graphics in the spirit of dark fantasy.
●
Detailed skeletal animations.

Publisher Daedalic Entertainment and developer Unfrozen are happy to announce that their popular Roguelike RPG Iratus: Lord of the Dead today receives its first extensive DLC,Wrath of the Necromancer. The new content will go live on Steam, GOG.com, and other PC stores at 10 AM Pacific / 1 PM Eastern for $14.99 and expands the main game with new challenges, enemies, bosses as well as previously unknown minions for the Necromancers’ monstrous army.

Iratus rises from the dead and rebuilds his undead army of monsters from the remains of his enemies. The necromancer and his moldy minions have hundreds of different skills you must develop and combine effectively to fight your way out of your crypt and get your revenge on the good guys.

The new expansion adds a whole bunch of new content to Iratus’ journey through the dungeons of the underworld: A new sixth floor expands the game world and offers a new ending for Iratus after defeating the final boss. New bosses, as well as regular enemies on all floors, present more challenges for the necromancer. But on the plus side, with the Reaper and the Abomination, there are two new minions Iratus can craft from the body-parts of his foes to make his escape easier. And since you want to leave your prison in style, there are numerous new skins for the necromancers’ trusty subordinates.

Iratus has also improved his Alchemy skills and can now concoct potions he can use on friends and foes during battle. Several additional items and artifacts complete the list of new content. The brand new Necromancer Edition conveniently bundles the main game, the DLC as well as the Supporter Pack for $44.97.