It was working perfectly in Skyrim, don't know why it's so messed up in Fallout 4. Sometimes nothing happens and you get fully healed, sometimes camera goes under the floor. Maybe someone else can figure it out, but I'm done. Added a better way to integrate my mod with a little instruction for modders. Also, new surrender condition. What I mean is a fallout game that doesn't revolve around a major urban center like they have before. In my opinion going around in the cities is the worst part of any fallout game, the spaces are cramped and there is little room for creativity in a fight, its always just stand at.

Simply Uncut - New Vegas is an Unused Content Restoration Mod for the game Fallout: New Vegas, akin to Simply Uncut for Fallout 3. If you wish to see what Simply Uncut for Fallout 3 looks like, I will leave a link at the very bottom that will take you to the mod page on Nexus Mods. Spanning a multitude of unused NPCs, items, quests, ideas, an unused settlement, and even a new land to explore! While simple in theory, it is in fact big and time consuming! Especially on the quests portion.

Thanks to the lovely members of this site, I found what I needed earlier. But as of right now the situation calls for more talented people to stand up and say 'I will.' for this mod. Continue reading if you are interested!

What are you looking for in talent?

Currently, we need talented voice actors willing to volunteer to aid us in development of this project. Either one character or aiding us in the projects entirety, you will be helping us bring the characters in our mod the personality needed to make them truly feel like they were in the game all along. You do not exactly need previous work experience, but it would not hurt. You also must have a decent mic. No background noise.

We also are looking for level designers. People with the know-how on creating areas, cells, and altering landscapes to make may for new things. For this, the FNV GECK is 100% Required. nVamp (New Vegas Advanced Mod Project) provides a framework that allows the best mods from many fronts to work together seamlessly and efficiently. This in turn gives the community a bold and new experience when playing Fallout New Vegas. It has nothing, I repeat, nothing to do with vampires!
With nVamp, we have taken the largest overhauls to date (FOOK, IWS) and combined this with many other large scale mods (WME, Electro-City, and more) to give users a wide array of new functionality. From bug fixes and new game features, to new armor and weapons, nVamp will not disappoint.
At its core, nVamp provides a patch framework to allow these core mods to work seamlessly, while also combining many of the quality mods that enhance the core mods and adding functionality of its own. It provides an easy and seamless path to add additional functionality in the future with other mods and overhauls that can provide an even better experience for the community.
nVamp is not for the faint of heart, at least not at its default settings. This will challenge your understandings of the game as the entire Mojave Wasteland comes alive. Enemies abound everywhere and they are smarter, quicker, and much better equipped. The factions have come alive and battles can be seen all throughout your travels. And dangerous, yet mysterious, areas have shown up to tempt the Courier with riches and technology for prospecting. It’s up to you to tame this new and foreboding wasteland.

v0.10:
Version 0.10 is just around the corner. We just received permission to use CaSO (Combat and Stealth Overhaul) of Fallout 3 from Grandson of Sam, a member of the FOOK team, as a base for the combat system within nVamp. Along with the adjustments in Reactive People and Reactive People 2 (which also focused on stealth, diversions, etc.), combat will never be the same. We're going to be focusing this week to get all those changes in and build a combat overhaul truly worthy of New Vegas. V0.10 has also included vivanto's wonderful Flashlight NVSE, along with Gopher's head mounted armor. This has made a considerably difference with how dark nights and interiors are now, so we hope this counters the weak Pip Boy light and allows the community to use nVamp even during the darkest nights.
We have also received permission to use CaliberX from EARACHE42 as the core mod for ammo distribution. This will be built into the 0.10 build.
We've received permission to include Collosus Armors into nVamp. This is a series of power armors that will end up being added to different factions with nVamp. We still await word back from the asset creator, and will have to tweak it a bit to work with the character meshes in New Vegas, but we're hoping to have this included in release in a few days. Particularly, we are looking at the rusty power armor pieces being mixed in with scavengers like the Fiends and the Legion (which already have other scavenged power armor currently) so along with the huge combat overhaul above, topped with Increased Wasteland Spawns adding a much larger population of them in the areas, it's going to be a deadly wasteland folks.
I think the biggest news is that Bob's Armory, just as it was a major piece of the puzzle for FCOM in Oblivion, is now a part of nVamp with it's New Vegas incarnation. Mr. Dave, the creator of Bob's Armory, has agreed to have it as a major part of nVamp. This will be a huge boost in content for New Vegas with a multitude of weapons, armors, furniture, world objects, etc. We hope to build them in slowly at times (he has been approaching Bob's Armory NV in packs of new objects) and newer versions of nVamp will have all the new content.
Overall, we have received all the permissions necessary for nVamp's launch. We're finalizing a few aspects of the system, doing extensive bug testing, and we're expecting this to launch on Friday. From there, we will begin focusing on expanding nVamp with custom built functionality within, while adding support for any mods the community feels, and mod authors, would greatly enhanced the game.
As for the fixes in 0.10 (Release Candidate):

v0.05:
Djmystro has joined the team to handle location development and work closely with Someguy2000 with New Vegas Bounties in order to have a proper scheme for new missions and locations in the future. 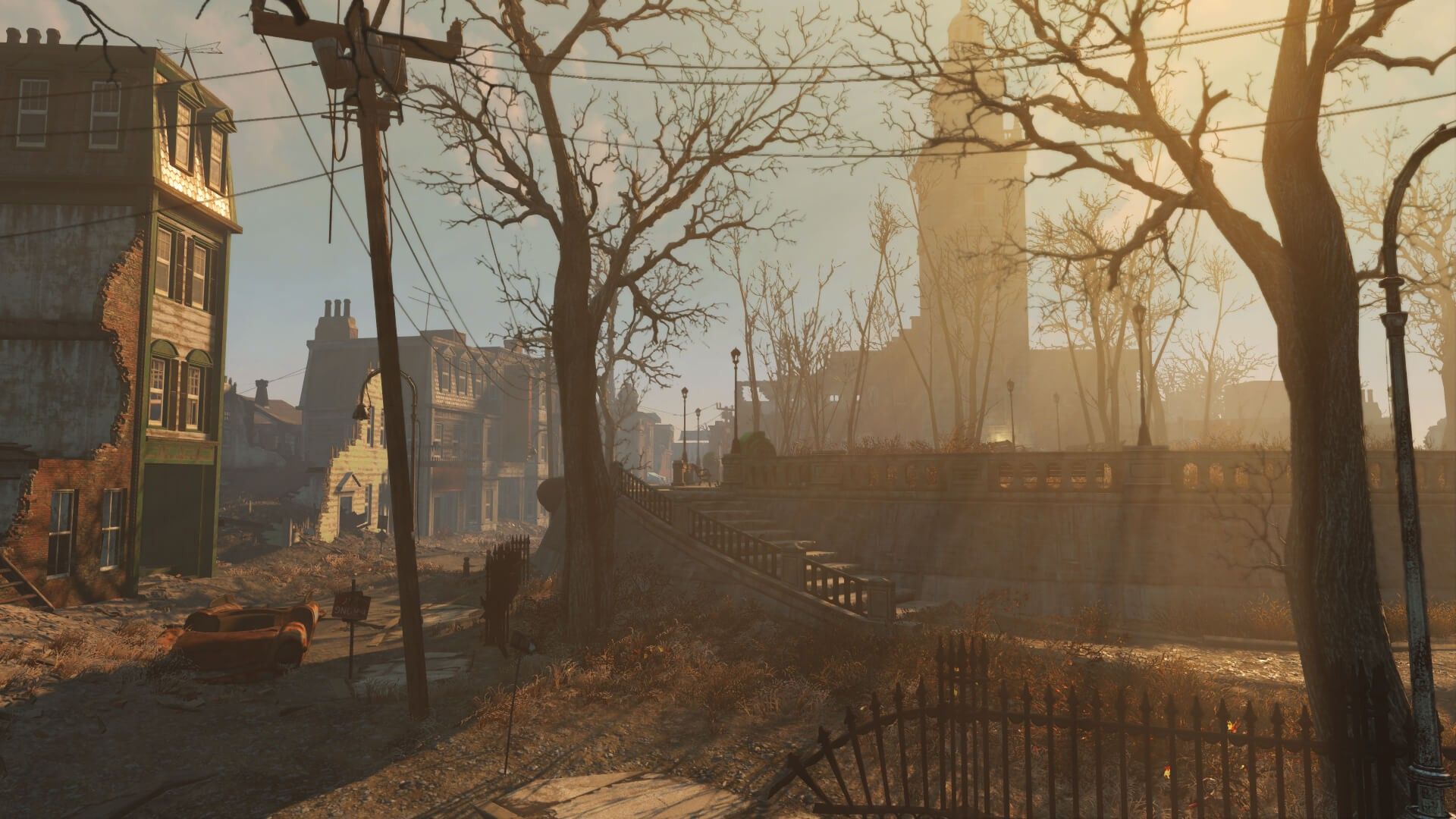 v0.04:
Imp of the Perverse has joined the team as our boss of gameplay fun, and Exposure has joined (when he has time) to support the weapon side. Imp will be leading a team to enhance the functionality already in nVamp, and build new functionality that is either missing or light in the current build. On the plate is: gun recoil, energy weapon overheating, much advanced combat AI, and more.
Heavy bug testing is starting, and if anyone would like to test the current build, just pop me a message on here or on Nexus and I will get the latest copy out. I do not want to officially launch this until we have squashed as many bugs/issues as possible. Particularly, I want to be sure that all the core mods are functioning as they should be.
As for the fixes in 0.04:

v0.03:
We're up to v0.03 of nVamp for internal WIP and things are looking solid for a launch in another week. We still await a response from a few core mod authors (XFO and Arwen to name a few), and need to contact a few other authors for internal functionality. But overall, we should be ready to broadcast this out shortly. We feel that parts of XFO and Arwen have been crucial to the entire experience of nVamp, especially when it comes to combat AI which is greatly enhanced with both, and without those we feel that a large portion of this experience is loss. If anyone has a way to get some communication open with their authors, we would be greatly appreciative.
In other news, MGE of Electro-City, Marcurios of URWL New Vegas, Tapioks of FNV Enhanced Shaders, and Gopher of Advanced Recon Thermal Vision and CinemaTech have joined the nVamp team to setup a standard for graphics within the community. With this think tank, we look to build a completely new experience and push the New Vegas engine to greater heights. Who needs the Creation engine when we're done!
Someguy2000 of New Vegas Bounties has also come onboard to head mission/locations design throughout nVamp to ensure a proper and consistent system. We are looking to bring in mission designers like Puce Moose and location creators like djmystro to create a think tank to ensure high quality missions and locations, as well as overlap between the missions as a special plugin of nVamp that can be expanded in the future. More to come soon.
We have completed what looks like all the adjustments to leveled lists to allow all the functionality of the core mods to work with everything else, including the internal functionality created. Particular adjustments (well perhaps the full feature list of nVamp) include: