It is an expression of your divine might and the faith of your followers. If your dominion dies, so do you. Your dominion also inspires your sacred warriors and gives them powers derived from your dominion. In Dominions 5 you take control of a powerful being that rules a nation and aspires to godhood. The type of Pretender Gods can vary from magically powerful arch mages to huge titans or large monuments. Dominions is a deep 4x turn based strategy game with a very large variety of spells and units.

The pretenders of Dominions 5 aspire to godhood. Dominion represents this belief in god separately from military control, as a force that extends with varying strength from province to province.

Friendly dominion (i.e. yours) shows up on the map as a white candle in the province. The extent of your dominion is represented by the number of candles: the greater the dominion, the more candles. Dominion is measured by province: you may have high dominion in one province but low dominion in an adjacent one. Each province has this candle symbol, although you can only see it for those provinces where you have some way of getting information. Just like with military reports, you don’t know who believes what in a province unless you have someone close enough to find out.

Be clear on one point: conquering provinces does not expand your dominion. Your armies can march across entire continents without changing the dominion in the provinces they’ve conquered. Dominion is a representation of the religious dominance of a pretender god. So while a military banner denotes one type of control, dominion depicts another.

This section is devoted to the concept of dominion, how it spreads, and what that means for you, the aspiring god of the universe. The take-home points are:

● Dominion is not related to military control.

● Your dominion shows up as white; other dominions are black.

● The initial strength of your pretender’s dominion (set in god creation) is very important.

● Once that strength is set, you can increase it by building temples.

● Your god spreads dominion wherever he goes.

● You can appoint one (and only one) prophet – he spreads dominion, too. 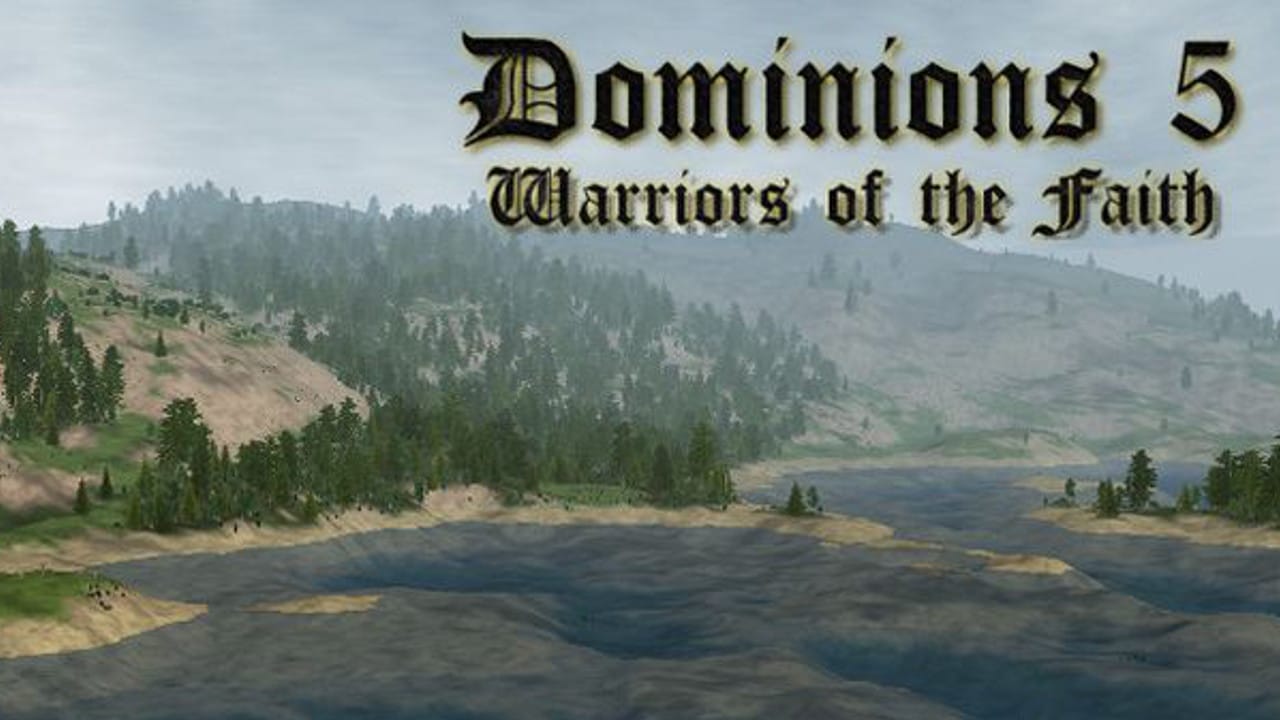 ● Temples spread dominion (except for certain nations who must use blood sacrifice) and building them is important.

● Priests can raise dominion by preaching, but it is different from the other types of spread.

● Some nations can sacrifice blood slaves to spread dominion

● If you are playing a disciple (team) game, your side only has one overall dominion.

● In a disciple (team) game, disciples spread dominion like prophets do.

● You cannot appoint a prophet in a disciple game. The pretenders of disciple nations are treated as prophets of the god nation.

The level of dominion in a given province is very important and has many effects. It is also limited by certain factors.

Maximum dominion The maximum dominion you can have in any one of your provinces is equal to the initial dominion score of your pretender, plus one for every (five times the number of players on the team) temples you have, rounded down.

Example: You are playing in a four-player game with two players per team. Your nation has 12 temples and a pretender with an initial dominion score of 3. Your nation can never have more than dominion 4 in any province.

Enemy dominion Any dominion that is not yours is enemy dominion, and shows up on the map as a dark candle. Only one nation can have dominion in a single province at a given time, so if a province is at -3 dominion to you, it is -3 to everyone except the nation exerting +3 dominion into the province.

Increasing your dominion Dominion doesn’t correspond to military control of a province. Instead, dominion radiates outward from its four sources: your pretender, your capital, your temples, and your prophet (if you have one). In a team game it also radiates from disciples. In a game with Thrones of Ascension, it radiates from those as well. This is why your dominion is almost always high in and immediately adjacent to your home province: every turn, the game checks for dominion spread in your home province. The role-playing reason for this is obvious and requires no explanation.

The chance of your dominion increasing in a province or spreading to an adjacent province partly depends on your god’s initial dominion, which you specified when you created your pretender. The chance is 10% multiplied by your god’s maximum dominion.

Example: In a game with no teams (just individual players), a certain nation has eight temples and a pretender with an initial dominion of 7. Each turn, each temple has an 80% chance of successfully increasing the god’s dominion. If this nation builds two more temples (to a total of ten), the chance of dominion increase per temple will go up to 90%.

This “temple check” is the fundamental unit of dominion increase in the game. Considered in these terms, your centers of dominion have the following effects: 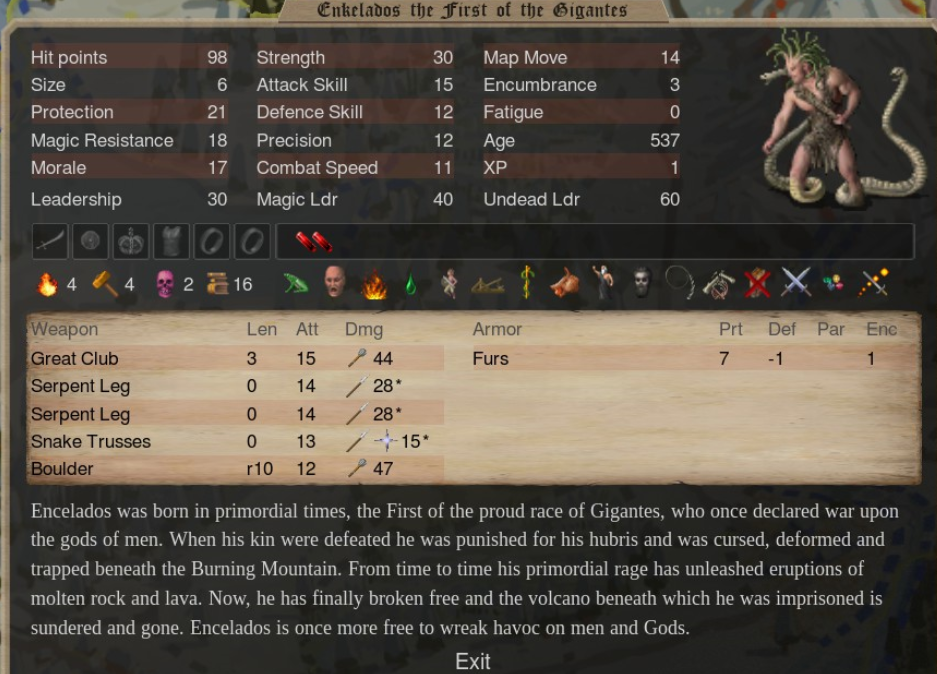 Throne of Ascension: see below

Thus, having a pretender in a province automatically results in a dominion increase or spread of one, and could result in two more. All other types have the possibility for an increase/spread of one, according to the formula above.

Appointing a prophet One unit can be named as the prophet of your pretender. The prophet gains additional abilities as follows:

● If the unit is already a priest of level 3 or more, it is increased by 1.
● Otherwise, the unit becomes a level 3 priest, regardless of whether the unit was a priest or not to begin with.
● The prophet spreads dominion like a temple

Blood Sacrifices To conduct a blood sacrifice, a priest of the appropriate nation can sacrifice a number of blood slaves up to and including his priest level. The province he occupies must contain a temple. For each blood slave thus sacrificed, one temple check (described below) is generated. Thus, blood sacrifices can be a powerful method of spreading dominion.

Dominion spread When a “temple check occurs,” the following happens:
If the dominion in the province is neutral, dominion increases to +1 automatically. 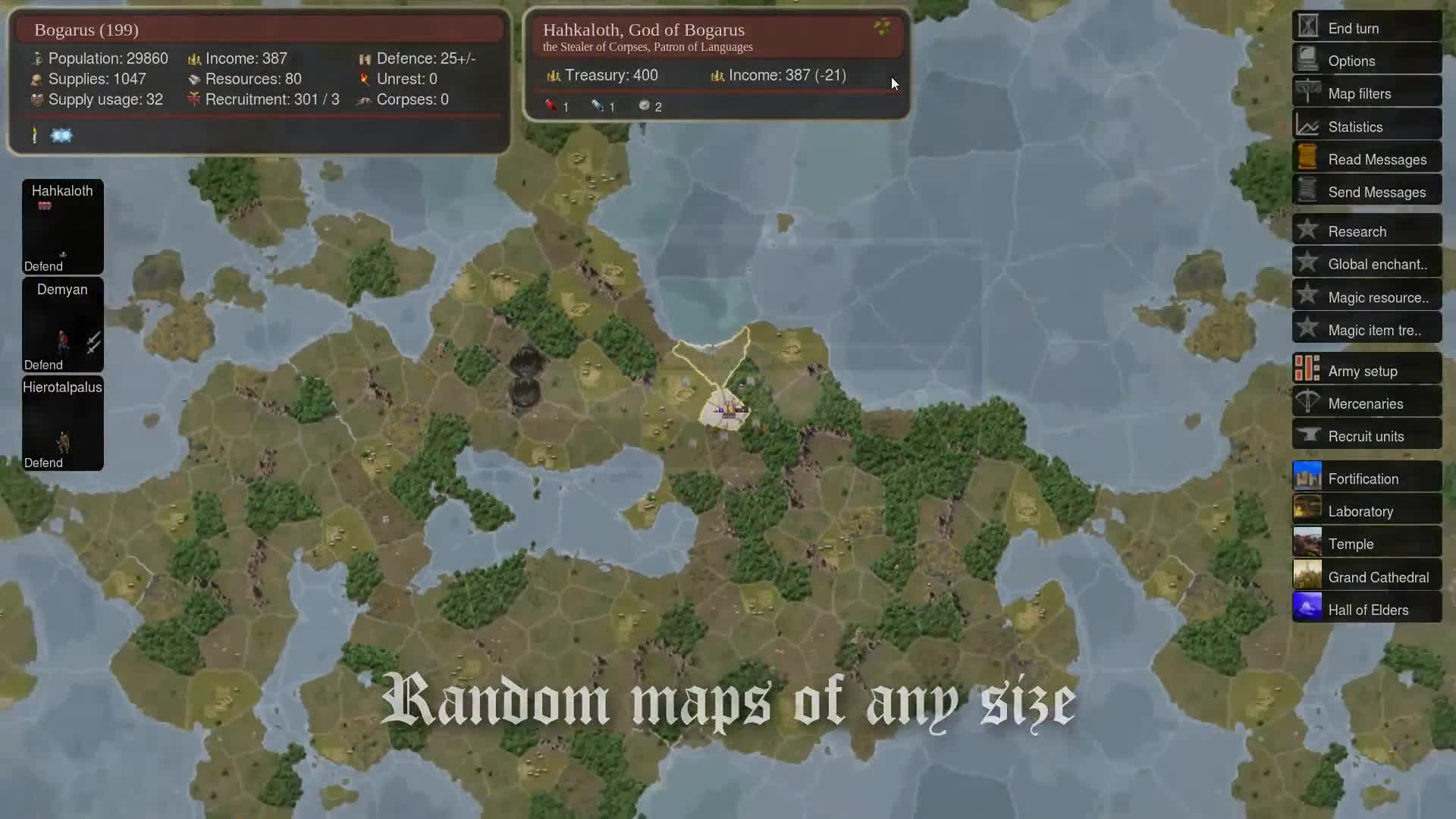 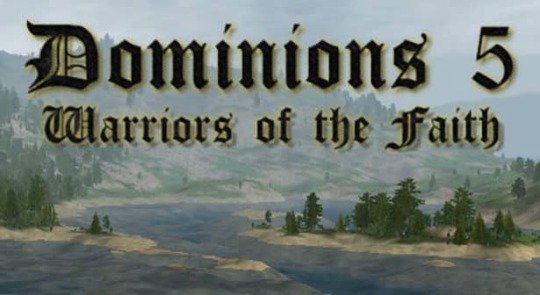 Preaching the Word of God This is an order available to priests which enables them to raise the dominion level in their province only. The base chance of this occurring is 30% multiplied by the priest level. If the priest is preaching in a province with an enemy dominion already present, this base chance is reduced by 5% multiplied by the enemy dominion level. If the dominion in the province is friendly (positive) or neutral (zero), the chance is equal to the base chance, with no subtraction.

If there is a temple in that province, the priest is treated as though he were one-half level higher than his current priest level. Thus, a level 2 priest be treated as a level 2.5 priest. This is for purposes of preaching and maximum dominion increase (see below).

Example: A level 1 priest is preaching in a province that has -4 dominion (that is, an enemy has 4 dominion there). His chance of successfully increasing his dominion (and thus reducing the enemy dominion from -4 to -3) is 10%. If he were preaching in a province with neutral or friendly dominion, he would have a 30% chance of increasing dominion. If there were a friendly temple in the province, his chance would be 15% (in the -4 dominion) and 45% (in neutral or friendly dominion).

Inquisitor bonus Inquisitors are more effective at preaching when in an enemy dominion, due to assorted role-playing reasons. Their priest level counts as double for the purposes of preaching. Their chance of increasing dominion through preaching is thus (60% times the priest level) minus (5% times the enemy dominion level). Thus, in the example above, a Marignon inquisitor of level 2 would have a 100% chance of increasing dominion in a province with -4 dominion. In a neutral or friendly dominion province, his chance for success would be the same as any other level 2 priest: 60%.

If the dominion in a province is already as high or higher than twice the level of the priest who is preaching (including temple benefit if applicable) and you try to give a priest in that province a “Preach” order, then a warning box will appear, informing you that “Preaching cannot be used to raise the dominion of this province any higher.” However, when you close this box, the priest in question will still have his orders set to “Preach.” This preaching will have no effect, so you should change it to something useful. If you have a priest preaching in a province for several turns, and when he started doing it he was able to increase your dominion but now he has raised it to a point where he has no further effect, the game will not warn you that your priest has stopped being useful there – you need to keep track of this yourself.

Dominion effects It’s obvious what benefit you get from militarily controlling a province, but what does having a high dominion do? Throughout this manual, you’ll run into a number of things that depend on the state of dominion in a given province. For example, units fighting in a province with friendly dominion (whatever the strength) gain +1 morale, while fighting in enemy dominion reduces morale by 1. A pretender (as well as a prophet) gains hit points when in friendly dominion, and suffers a hit point penalty when in enemy dominion (and the magnitude of the bonus or penalty is directly related to the level of dominion). Pretenders and prophets also gain friendly dominion bonuses and suffer enemy dominions penalties to strength and magic resistance. (see below)

Dominion scales When you create your pretender, the dominion scales you choose will spread with your dominion. This does not all occur at once – if you have Order 3, provinces with low friendly dominion may only gain Order 1 or 2. Over time, they will reflect your chosen scales. Each turn a province has your dominion in it there will be a small chance for each scale to tip one step towards your chosen dominion. The chance for this to happen is (5% multiplied by the dominion level in the province) plus (10% multiplied by the difference between the actual scale and your nation’s scale).

For each level of friendly dominion in a province, a prophet and/or pretender gains

For every level of enemy dominion in a province, a prophet and/or pretender loses

Dominions 5 Warriors Of The Faith Review

Dominion victory The most powerful use of dominion is to win the game! If a pretender has no friendly dominion on the map, he or she is eliminated from the game. This is known as the Tinkerbell Effect: if no one believes in you, you cease to exist. This is more useful than it seems: for example, if you’re facing down a pretender in his last fortress with a strong defending army, you may not need to storm the fortress at all. Instead, besieging the fortress while reducing the enemy dominion with your pretender can wipe him out without a battle! And you’ll never have to brave those annoying tower archers. Note that this does not refer to just the dominion in his province – it refers to all of his dominion everywhere. But if you can pin your enemy down and box him in, you can reduce his dominion without necessarily having to fight an apocalyptic battle.

Dominions 5 - Warriors Of The Faith Tabernacle