Axis & Allies started life as a Risk-style board game that enabled you to re-enact VVWII on a global scale. It involved plastic tanks, ships and soldiers, and a huge amount of dice. It was repetitious, though fun. So is this computerised version, minus much of the 'fun' part.Part of the problem is that instead of playing to the original game's strengths, what the developer has devised is a lily-livered RTS that's a pale shade of the Kohan engine on which it's based. You can play a campaign, which is basically a string of tenuously linked missions, or fight over the world map, a la the board game.

The RTS battles are fought over dull, isometric maps. You can zoom in a little, though apart from the odd detail like trees crushed under tank tracks, there's not much to look at. The base building and resource gathering system is fairly interesting, revolving around constructing HQs that produce and manage your armies, and depots that expand your terrain and generate cash, oil, supplies and ammo. An ever-expanding border shows the limit of your power, and within this area, troops can be re-supplied and new constructions built.

Units are grouped into regiments, each with six or so troops, trucks or tanks. The only naval units available are battleships - which are little more than floating HQs. and aircraft are called in one at a time to either bomb or scout. Trouble is, when the fighting starts, tedious drag-and-drop mass assault tactics and creeping defence building ensues, and once again an RTS betrays its genre, featuring very little in the way of the eponymous strategy. Engineers can build bunkers, airborne units can make paradrops, and you can use special powers at the crucial point in the battle. But these are khaki-clad drops in an ocean of military mediocrity. For the most part, you're sat watching a massive clump of your chaps duking it out with a massive clump of the enemy's chaps. 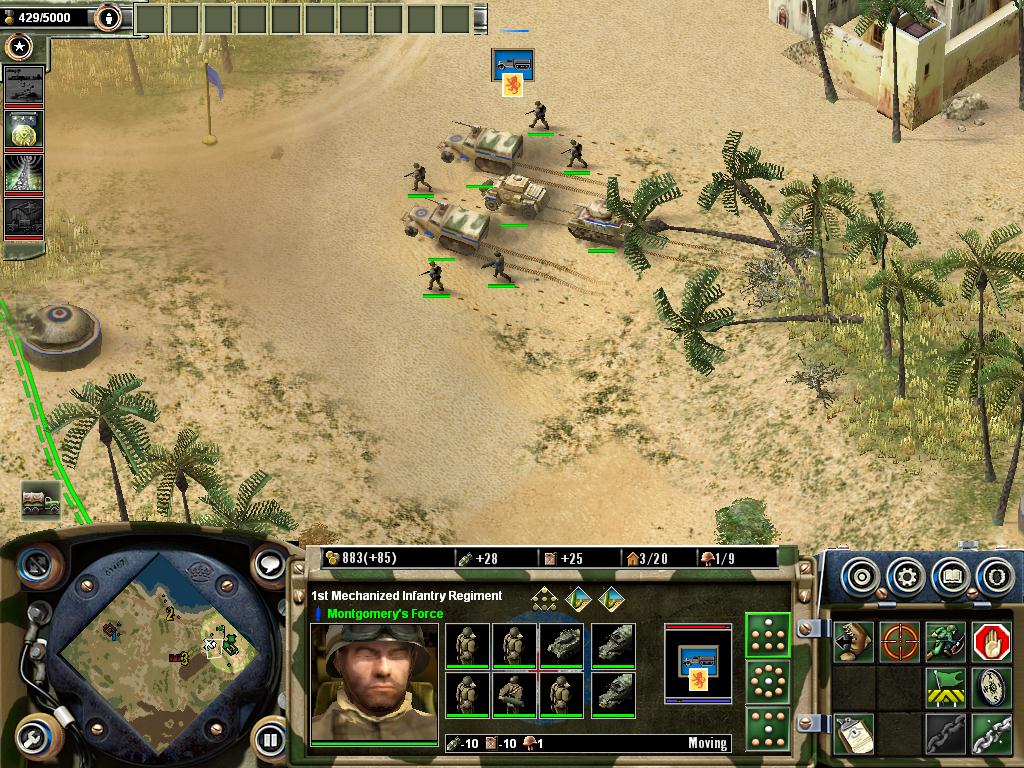 So can you at least play the original board game in the turnbased global strategic mode? No. It's been completely paired down to be little more than an excuse to jump from one real-time battle to another. You can only attack one occupied territory per turn, and there's no air or naval combat. Horribly dull.

Axis & Allies (2004) is a real-time strategy game which is based on the board game that you all know. The studio which developed the game (TimeGate Studios) was unfortunately closed down and the game is no longer being sold anywhere. The experience of playing Axis and Allies (2004 video game) through a GeForce GTX 1080 Ti is going to get a very strong 140 FPS. With that performance recorded at 1920x1080 res when running High. In Axis & Allies: RTS, players will relive and experience the most epic struggle in the history of mankind, World War II. Players will be able to direct the military and economic destiny of any one of the world's most powerful countries - United States, England, Germany, The Soviet Union or Japan.

If you didn't have any interest in the Axis & Allies brand in the first place, then never mind and turn the page. And if you're an old fan looking for some nostalgia value, you're better off calling some mates, buying some dice and dusting off that dog-eared old board game.